Food Leaders Campaign for Vaccinations with a Lesson from NYC

Australia’s hospitality industry is pushing hard for more people to get vaccinated to bring an end to crippling lockdowns.

As NSW government ministers pin their hopes on a “freedom plan” to open bars and restaurants for vaccinated patrons, Australia’s top chefs are mounting their own campaign to boost vaccination rates and move beyond the lockdown merry-go-round.

Put a Jab on the Menu launched 20 August 2021 with a simple message from industry leaders: get vaccinated if you want venues to survive. For the top chefs involved in the campaign, high vaccination rates are the only way out.

But what comes after that?

How do you ask patrons for proof of vaccination? And what happens when staff refuse the jab?

In countries with high vaccination rates, restaurants, cafes and bars are reopening to a whole new ball game.

Several cities in the US have introduced new rules that turn hospitality businesses into front-line vaccine enforcers. Proof of vaccination is required at venues in New York, San Franciso, New Orleans and Montreal. By contrast, Texan venues asking for vaccination may be putting their liquor license at risk.

Government mandates can make it easier for restaurateurs, as blanket rules take away responsibility for making the decision.

But vaccine mandates can leave businesses and staff vulnerable to online and face-to-face harassment.

Fallout from New York’s vaccine mandate is still unfolding for US coffee entrepreneur Nicholas Stone, the Melbourne-raised ex-AFL footballer taking on Starbucks with his café empire Bluestone Lane. Since opening his first Melbourne-style café in Manhattan’s mid-town in 2013, Stone now runs almost 50 cafes in New York and California, turning over $US45 million in 2021.

Speaking from his home in New York City, Stone says hospitality venues are scrambling to figure out the best way to check for proof of vaccination.

But he says the biggest issue is staffing.

“The labour market is so tight,” Stone says. “And under the new rules, we’re not allowed to have unvaccinated people in our venues, which means staff as well.

“The vast majority of our team are vaccinated, but not everyone. Some are not doing it for legitimate reasons. For some it’s by preference. There’d be 85 per cent of my workforce vaccinated, and we’re doing everything we can to encourage the last 15 per cent. We pay for it, and give them a paid day off.

“With the new rules in place, those who refuse to do it won’t be able to work with us anymore. And the same rule applies for customers.”

In Australia, just over a quarter of the adult population is vaccinated, and almost 50 per cent has had the first shot.

Even when every eligible Australian has been offered a shot of their choice, there will be people who refuse to get the jab. A Newspoll survey estimates that figure to be 11 per cent, while University of Melbourne put the figure at 10-20 per cent.

“There’s nothing we can do if staff refuse to vaccinate,” Stone says. “Assuming everyone in hospitality loses 15 per cent of staff, where are the people coming from to fill those jobs?

“And what will happen when somebody says we discriminated against them, or judged them in some way? How are we supposed to handle that?

“I’m fully vaccinated, and my stance is unequivocally pro-vaccination, but legally, people don’t have to be vaccinated. This means we’ve got a situation over here where it’s OK to be unvaccinated in broader society, but not in a café. At the same time, you can have hundreds of people together in office buildings with no checks.

“We’re now talking about hiring bodyguards to act as bouncers at the front of venues to check vaccination paperwork. It’s just awful.”

In New York, hospitality venues and gyms are the only businesses required to ask for proof of vaccination. Different rules apply in different US states, creating more complications.

Stone hopes Australia introduces a digital proof-of-vaccine system, as the paper versions in the US are impossible to authenticate.

“And business needs to be given sufficient notice to implement the changes,” he says. “We got no notice at all.”

Meanwhile in Australia, every week of lockdown costs the hospitality industry $428 million in lost bookings and events, and that’s just in Melbourne and Sydney (based on figures from the Restaurant and Catering Industry Association).

“Chefs and hospitality workers are resilient people,” says Guillaume Brahimi, the French-born chef behind Sydney’s Bistro Guillaume, and an ambassador for the Put a Jab on the Menu campaign. “Whether it’s a small suburban Thai restaurant, a country pub, a cafe, a 300-seat fine diner, every person who works in hospitality does it because they want to bring happiness to people by service or food. But, regardless of our shared passion, there’s one thing that we can’t overcome, and that’s empty tables. 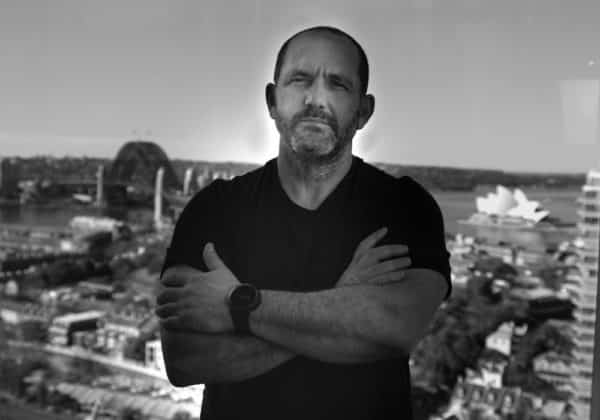 Guillaume Brahimi, an ambassador for the Put a Jab on the Menu campaign

“I’ve been speaking to so many of my friends in hospitality and this time around could be what breaks them. Takeaway doesn’t make money for restaurants not set up for that; they are doing it mainly to keep their teams busy, and for mental health.

“Vaccination is the only way to save our industry and open it up again, without restrictions. If we don’t get it done, we’re going to lose some amazing businesses.”

Dark Kitchens Shine a Light on Future Profitability for Restaurants

Beyond COVID-19: Caterers Pivot to Survive

Morrison Gvt. Partners with Hospitality Industry to Deliver Hundreds of In-demand Jobs for Australians in Hospitality and Tourism