No matter the size of a venue, social distancing poses challenges with restaurants needing to find solutions for customers, staff and suppliers.

When Lily Nakahara opened Coolamon co. Cafe 18 months ago, she didn’t think a tape measure was going to be a crucial tool for doing business. But as the COVID-safe opening rules were settled, measuring the dining area and the distance between tables was as important as menu development and staff rosters.

“We’re lucky our main seating is rectangular so it’s easy to measure,” says Lily of her cafe in Ocean Shores, NSW, which is tucked inside a nursery.

Lily’s density calculations showed it was possible to seat up to 28 people with four square metres allowed for each person, and 1.5 metres between tables. “The step-one rules allowed only 10 customers, but we were happy with that because we could ease back in after being closed for six weeks,” she says.

Though up to 50 diners are allowed in NSW now, Lily has kept the numbers to 20 and removed extra tables to ensure correct distancing. “I’m comfortable keeping the numbers down to be safe,” she says. “The income isn’t as high, but we have fewer staff.”

Communication with diners is the key to making it all work, explains Lily. “We will write an information sheet for customers, asking them to be considerate that we’re limited in seating, so we want them to order food and not stay too long.”

At the same time, says Lily, it’s still hospitality. “We’ll play it by ear,” she says. “A lot of people do come out just for coffee and we don’t want to lose that clientele either.”

Innovative infrastructure is another distancing solution. At three of its Melbourne pubs, Australian Venue Co has rolled out igloo dining. This is where small groups of diners can book their own inflatable dome, giving them an experience as well as the comfort of being physically separated from other tables.

“It’s about turning something tricky into something fun while still covering off all the practical concerns,” says CEO Paul Waterson.

Michael Ryan from Provenance at Beechworth in northern Victoria is reworking his menu to reduce the number of times his staff visit each table. He’s planning to offer a contemporary version of Japanese kaiseki dining, which is a set progression of courses.

“There might be five or six courses served, but we would only visit the table two or three times to deliver them in batches, so there’s less contact between waiters and diners,” says Michael. “It’s about minimising contact, which is weird because it’s antithetical to what you’d normally do in a restaurant.”

Michael’s also anticipating diners will refill their own glasses. One thing he’s not sorry about is the demise of waiters draping linen on diners’ laps. “I think we’ve seen the end of the napkin drop,” he says.

Keeping delivery drivers out of the restaurant is a prime concern for Jessi Singh, who owns modern Indian restaurants in Sydney and Melbourne.

“I can control what my staff do but what about the third parties?” he says. “We aren’t allowing them inside the restaurant anymore and we’re trying to use local suppliers as much as possible, so you minimise the situation where you have someone who’s been to 20 different places before they drop off to you.”

A large part of the solution is accepting that everything has changed. “Forget normal,” says Singh. “We need continual reminders to do things differently.”

An initiative of Fine Food, Hospitality Unites is the voice of the foodservice industry, dedicated to sharing the collective experiences and solutions to thrive in a post-COVID economy.

Have something you would like to contribute? See how here.

To keep up to date with the hospitality industry and Hospitality Unites, subscribe here. 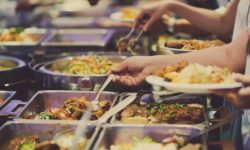 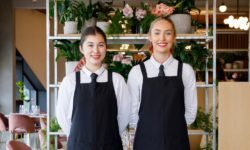 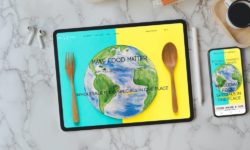