Following the cancellation of The Grand Prix earlier this year, The Big Group, a large catering and events company, which runs multiple venues and retail operations, stood down most of their team, and effectively put the business on hiatus for six months.

They then initiated a four-pillar approach to rejuvenate their business, and now have a range of projects in the works.

While Keebaugh forecasts that people will be “back out pretty quickly” once these events come to life, he anticipates the emergence of a two-tiered economy within the events landscape.

“People will always come back to sharing live experiences, but a market sector will be COVID-cautious,” Mr Keebaugh tells Hospitality Unites.

“They won’t want to go out in a group environment or travel for a long time. There might also be restrictions on guest numbers, and working from home … may change participation in any [given] event.

“There’s also a big segment of people who [among other things] have lost [opportunities for] joy and fun, so I expect a very hard resurgence from that side.

“It’s a matter of balancing them both out.”

Keebaugh also predicts that Melbourne will return to a version of normality once the state is able to open up.

“If you look at other markets – Perth as a great example – they haven’t had the economic hit that we’ve had, but they returned to normal pretty quickly,” he says.

“I’m a big believer in that return, and I think human participation will come back. Hopefully by Christmas, not withstanding more issues, people will be celebrating and enjoying themselves.

“I certainly hope they are.”

Elevating the current experience to the next level

Amid consolidating relationships with customers, staff and suppliers, The Big Group developed a virtual platform that, Keebaugh says, will change the way we interact with live events.

Over a four-month period, the company worked with local and international teams to build E-vent – soon to be launched – which will allow people to watch, communicate and socialise while engaging in exhibitions and events.

“The original iteration was to solve what we would do [and] how we would interact with spectator-less environment,” he says.

“If 100,000 people can’t be at the MCG, we can connect people and share a virtual experience that [moves beyond the] traditional TV format.

“We’ve had enough Zooms to last a lifetime, this is about integrating with different [technologies] and elevating the current experience to the next level.”

The Big Group has also been preparing for the resurgence of outdoor events over spring and summer.

They are launching The Commons at the refitted Ormond Collective at 557 St Kilda Rd  – a former beer garden with a capacity of about 1000 people – and are considering activations within different spaces, including rooftops and unused car-parks, that, Keebaugh says, will draw people to the city and bring excitement back to Melbourne.

The Commons is set to open on October 23 with different events planned over the following months.

The fourth pillar, BOX’D by The Big Group will bring pop-up events – including food and deliverables for a party – direct to your door.

“It is highly appropriate for [our current] environment,” Keebaugh says. “if you have a New Years Eve Party, for example, we will box everything up and send it to you.”

With no opportunity to operate for most of this year, Keebaugh says they have been rebuilding The Big Group as if it is in start-up mode.

“The starting and stopping is very dangerous. It’s bad enough for a restaurateur to re-stock and get staff ready but, at our scale, to start up again is very difficult,” he says.

“The key is to not be reactive to what’s going on, wait for the long play when things open up correctly and service customers in the way that we’d like to.”

Keebaugh adds that the year has highlighted the need to follow a clear strategic plan and stick to it, but also have the capacity to be flexible within that plan.

“As an events professional, one of our great skills is the ability to be creative, and that’s what this time is all about – being open to change and accepting it,” he says.

“There have been so many learning opportunities and, from a personal perspective, while I’m an extrovert, I’ve quite liked being introverted. I’ve enjoyed being in a home environment, slowing down and having the time to really think. Running a large organisation at a fast pace, that’s been a positive thing.

“And while the market won’t go back to the way it was … I see this as a transformative time for the industry, more than ever before.”

The Big Group are currently urging the industry to further unite to #savevicevents by coming together as a collective voice. Keebaugh believes that the government must detail the outdoor density quotient ASAP, so that urgent planning can commence for the spring summer event season.

Keebaugh has plans for initiatives that will support the wedding sector, and continues to push for the extension of Jobkeeper beyond the March end date for the events sector.

The Big Group has now started change.org petition outlining their hopes and plans for action by the government, with over 4,000 people already contributing their signatures.

“We will take at least 18 months to recover. The future is always bright and we have the Covid Solutions to make it happen, and get Melbourne back together again safely – in order to plan we need Goal Posts to know where we are kicking the ball!”

Have something you would like to contribute? See how here.

To keep up to date with the hospitality industry and Hospitality Unites, subscribe here. 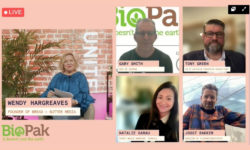 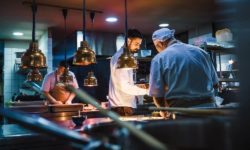 Dark Kitchens Shine a Light on Future Profitability for Restaurants 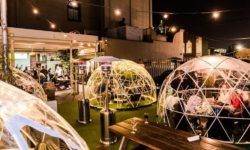 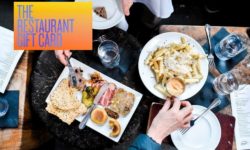